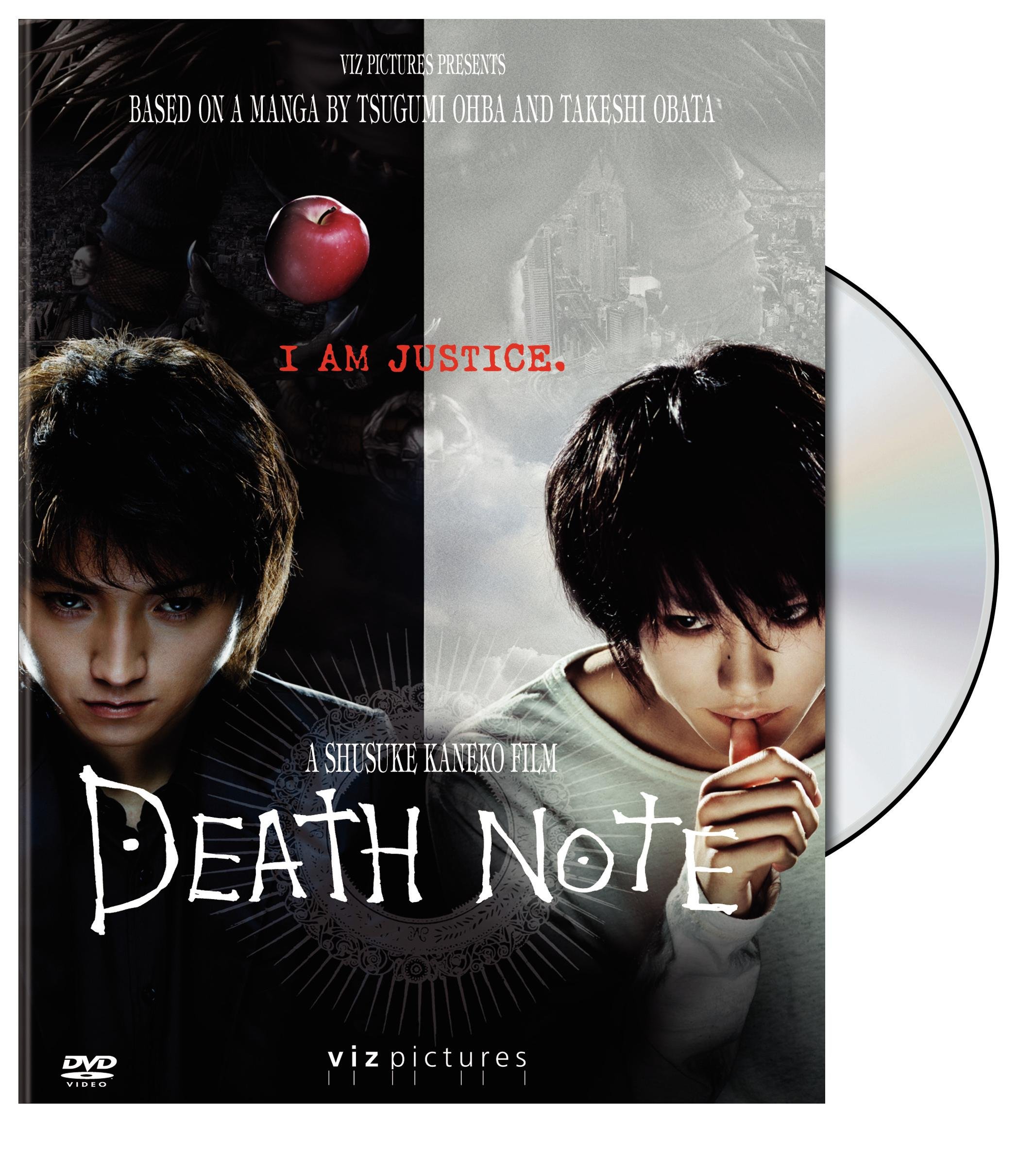 Death Note DEATH NOTE is based on the bestselling supernatural action mystery manga written by Tsugumi Ohba and illustrated by Takeshi Obata. With 15 million copies, the hit comic has finally been adapted into two live-action feature films DEATH NOTE and Death Note: The Last Name. Directed by Shusuke Kaneko, widely known for the popular monster film “Gamera” series, DEATH NOTE was first released in Japan in 2006, becoming an instant smash hit. The story begins when Light Yagami, an ace student finds the Death Note, a notebook dropped by a rogue "Shinigami" death god named Ryuk. Any human whose name is written in the notebook dies. Light, upset with the justice system, takes matters in his own hands and vows to use the power of the Death Note to rid the world of all evil... ]]> .com ---- The first live-action feature based on the manga Death Note covers much of the same material as the first 12 episodes of the animated series. Handsome Light Yagami has just passed the bar exam, but he's repelled by the injustice of modern society. His life changes dramatically when he finds a Death Note, a notebook dropped into human space by Ryuk, a Shinigami (god of death). If anyone writes the name of a human in the book, that person will die within minutes. Under the pseudonym "Kira," Light launches a gradiose vigilante campaign to rid the world of criminals and create his vision of a perfect society. But the string of deaths attracts the attention of the police, who refer the baffling case to the eccentric but brilliant detective known only as "L." The police are reduced to pawns as the investigation becomes a high-stakes battle of wits between Light and L. Director Shusuke Kaneko and screenwriter Tetsuya Oshi add a dramatic subplot: the fiancee of one of Kira's victim deduces the killer's identity. Tatsuya Fujiwara makes Light more understandable and more likable than his animated counterpart. Kenichi Matsuyama looks properly pallid as L, but his addiction to desserts looks silly in live action and weakens the character's intensity. The hokey Ryuk never blends in with the real sets. Death Note ends inconclusively, but continues in a sequel.(Unrated: suitable for ages 16 and older: grotesque imagery, violence, violence against women, alcohol and tobacco use) --Charles Solomon P.when('A').execute(function(A) { A.on('a:expander:toggle_description:toggle:collapse', function(data) { window.scroll(0, data.expander.$expander[0].offsetTop-100); }); }); Review ------ We are very proud to be involved and happy to be involved. --Flea (Base guitarist of Red Hot Chili Peppers) About the Director ------------------ *SHUSUKE KANEKO** * Known internationally as a director of popular monster films such as Godzilla, Mothra & King Ghidorah and the Gamera trilogy, Kaneko has a 30-year career in film and TV, and achieved his greatest success with the Death Note films, to a record-breaking domestic box office in Japan in 2006, as local films overtook Hollywood films in the box office for the first time in 20 years. His recent credits include a manga horror film adaptation "God's Left Hand, Devil's Right Hand (2006), and the manga-based ninja action film Azumi 2: Death or Love (2005). See more ( javascript:void(0) )
Show More
Reviews

Disclaimer: The price shown above includes all applicable taxes and fees. The information provided above is for reference purposes only. Products may go out of stock and delivery estimates may change at any time. Desertcart does not validate any claims made in the product descriptions above. For additional information, please contact the manufacturer or desertcart customer service. While desertcart makes reasonable efforts to only show products available in your country, some items may be cancelled if they are prohibited for import in Hungary. For more details, please visit our Support Page.